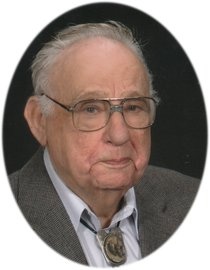 Memorial services for Robert Irvin Rofshus, age 89, of Albert Lea, will be held at 11:00 a.m. on Friday, December 2, 2016 at First Lutheran Church.  Rev. John Holt will officiate.  Military Honors will be accorded by the VFW and American Legion Honor Guard. Visitation will be one hour prior to the service at the church on Friday. Online condolences are welcome at www.bayviewfuneral.com.

Robert Irvin Rofshus was born January 31, 1927 in Albert Lea, the son of Irvin C. and Ann (Hemry) Rofshus.  He was baptized and confirmed at First Lutheran Church in Albert Lea.  From 1945-1946 he served in the U.S. Army in Berlin, Germany.  After returning home, he went back to school and received his diploma in 1947.  On May 14, 1950, Bob married Barbara Swancutt at First Lutheran Church.  Bob worked for Smith Auto Supply, then Universal Dairy Co-op until 1957 when he started his own business, Rofshus Precision Machine, Inc. now run by son Ron and son-in-law Cork.  Bob enjoyed hunting, target shooting, motor cycle trips, square dancing, and making or repairing anything.  One of Bobâ€™s passions was flying.  He rebuilt an airplane his father bought as a kit in 1929. He flew this plane, the Heath Super Parasol, to many EAA annual fly-ins. He received an award for being the first corvair-powered aircraft to attend the EAA event in Oshkosh.

Bob was preceded in death by his parents and special aunts Carrie Hemry and Bertha Haines.

To order memorial trees or send flowers to the family in memory of Robert Irvin Rofshus, please visit our flower store.