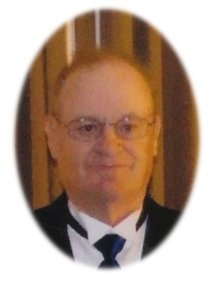 Funeral services for Robert C. Shuck, age 74, of Albert Lea, will be held at 2:00 p.m. on Wednesday, September 14, 2016 at Zion Lutheran Church.  Rev. Robert Stohlmann will officiate. Interment will be at Hillcrest Cemetery.  Visitation will be one hour prior to the service at the church on Wednesday. Bayview/Freeborn Funeral Home is assisting the family. Online condolences are welcome at www.bayviewfuneral.com.

Robert Charles Shuck was born on December 2, 1941 in Austin, MN, the son of Lloyd and Julia (Wendel) Shuck. He attended school in Austin and worked at Gary Groh Construction as a cement finisher and various odd jobs painting houses. In June of 1972, Robert was united in marriage to Janice Sprandel in Mapleview and the couple moved to Albert Lea. He worked at Land O Lakes and Schweigert Foods until 2001 when he retired. Robert enjoyed bicycle riding and did many rides across Minnesota for various causes. He loved raising and showing pigeons, coin collecting, making model airplanes, horseback riding, camping, hiking, fishing, and anything outdoors. Robert regularly participated in the Big Island Rendezvous, Lake Mills July Jubilee Days, and was a part of the Minnesota 1st Volunteer Infantry Civil War reenactment group.  He was a member of the Eagles and the Sons of AMVETS. Robert deeply loved his family and grandchildren. He was a kind person and the love of our life. Robertâ€™s fight with cancer was amazing; never give up, he told us.

Robert was preceded in death by his parents and three infant grandchildren.

To order memorial trees or send flowers to the family in memory of Robert Shuck, please visit our flower store.