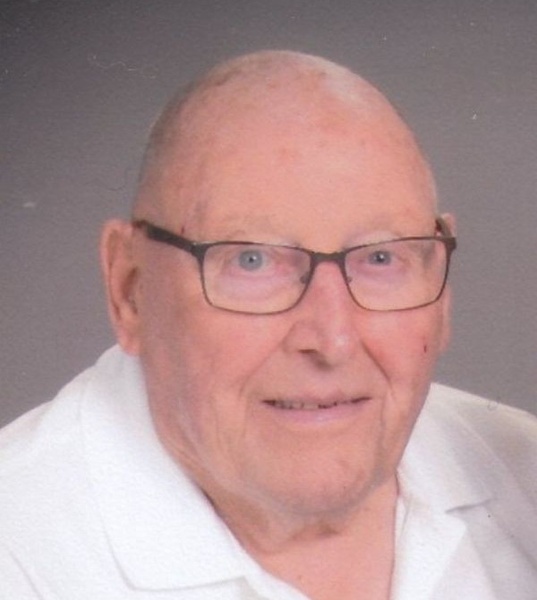 Memorial Service for Robert Allen Springborg will be held on October 15, 2021, at 11:00AM at Bayview Freeborn Funeral Home. Rev. Don Malinsky will officiate. Visitation will be 1 hour prior to the service. Per family request, masks will be required for the service.

Bob passed away on September 20, 2021, at the VA Medical Center in Minneapolis, MN.
Bob was born on July 13, 1936, in Hope, MN to Elmer and Blanche (Pike) Springborg. He grew up in Albert Lea and attended school in Albert Lea. He enlisted in the United States Air Force and served from September 23, 1953, until September 22, 1957. He also served several years in the Minnesota National Guard.
Bob had four children from a previous marriage: Kelli, Sheri, Sheli and Rob.
Bob married Ramona Schroeder on March 25, 1967, at the Albert Lea United Methodist Church. They spent 54 great years together. Bob always told her it was the best years of his life.
Bob liked to watch the Vikings, Twins, golf and really enjoyed the Minnesota Lynx. He also loved to go hunting and fishing. He loved to be outside; especially driving his new golf cart in Florida that Mona decided he needed.
Bob was a member of the Albert Lea Police Department, retiring after 21 years. After that, he worked as a driver for Minnesota Corrugated Box for 14 years. Then he drove for Dave Syverson and finally he was employed at Green Lea Golf Course. Bob was a very hard worker and he never sat still.
In March of 2003, Bob and Mona bought their winter home in Bradenton, Florida and spent the winters there.
Bob is survived by his loving wife of 54 years, Mona; brother, Larry (Marilyn) Ofstedal; his children; nieces, nephews, and numerous in-laws.
Bob was preceded in death by his father Elmer Springborg; his mother Blanche (Pike) Ofstedal; parents-in-law Roy and Ardith Schroeder; daughter Kelli; siblings Bev (Bob) Malepsy, Donna (Elmer) Johnson, Kenneth Ofstedal, Lynette Crump, and Richard (Karen) Springborg.
Bob will be sadly missed by many whose lives he touched.
Bob will be laid to rest with Military Honors at a later date in a private service at Hillcrest Cemetery.
Memorials preferred to American Legion Post 56, Freeborn County Hospice, or donor’s choice.

To order memorial trees or send flowers to the family in memory of Robert A. Springborg , please visit our flower store.