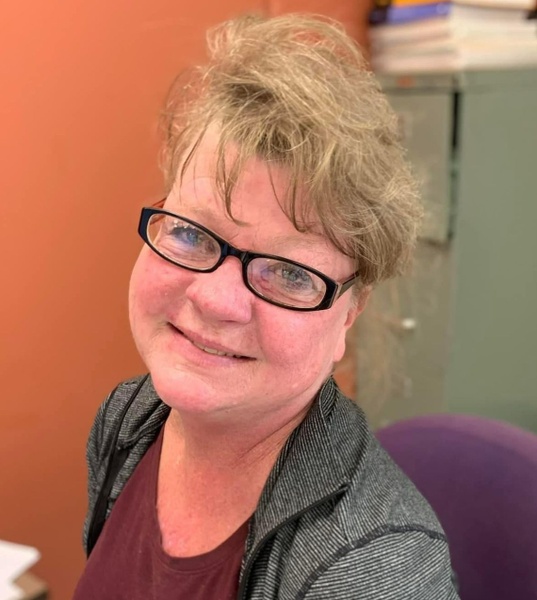 Robin “Bird” Ann (Hall) Haines, 52, of Glenville, passed away peacefully at home on Saturday, November 27, 2021. A Funeral Service will be held at 10AM on Thursday, December 2, 2021 at First Lutheran Church of Glenville with Rev. Dale Svendson presiding. Visitation will be from 5-7PM Wednesday, December 1, 2021 at First Lutheran Church of Glenville and one hour prior to the service at the church. Interment will take place immediately following the service at Greenwood Cemetery. Online condolences may be left at www.bayviewfuneral.com.

Robin was born on July 2, 1969 to Gloria and Roger Hall in Albert Lea, MN. She graduated from Glenville-Emmons high school in 1987. Robin attended Waldorf College and Mankato State University where she received a master’s degree in Education. She was a teacher for over twenty years dedicated to Special Education. She called the Lyle School System her “Lyle Family.” All the Glenville and Lyle staff and students she served had a special place in her heart.

Robin loved spending time with family and friends on the farm, working outdoors, side by side rides with her boys, and spending time at the family resort on Whitefish Lake. She loved hosting and entertaining. She enjoyed her face time calls with her grandson Gibson. She was the light and life of every party.

On May 11, 1990 Robin and Tracy Haines were united in marriage at First Lutheran Church in Glenville. To this union five children were born and they raised four on the family farm in rural Glenville, MN.

To order memorial trees or send flowers to the family in memory of Robin Ann (Hall) Haines , please visit our flower store.