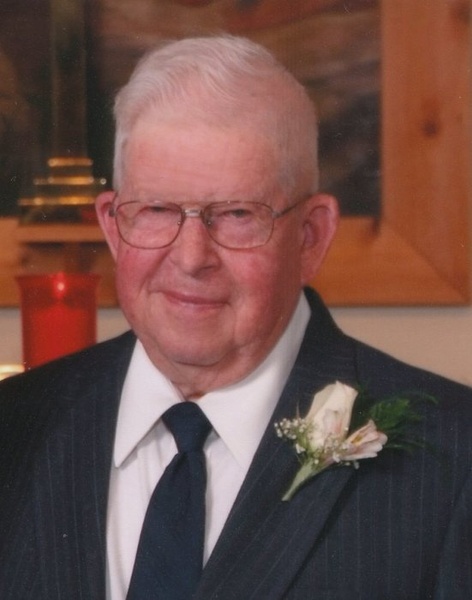 Funeral Service for Roger Wallace Krause, age 91 of Oakland, MN, will be held on Thursday August 29, 2019 at 10:30 a.m. at Hayward Lutheran Church. Rev. Joshua Endersen will officiate. Interment will be at Fairview Cemetery. Visitation will be held from 5-7 p.m. on Wednesday, August 28, 2019 at Bayview/Freeborn Funeral Home and one hour prior to the service at Church on Thursday. Online condolences are welcome at: www.bayviewfuneral.com

Roger Wallace Krause was born April 6, 1928 in Nunda Township to Ora and Esther (Kraushaar) Krause. He grew up in Conger, Minnesota and attended Freeborn County Country School. After his schooling, Roger joined the Army where he served as an MP. On July 22, 1951, he was united in marriage to Betty Lou Torrens at St. Olaf Lutheran Church in Austin.  The couple made their home in Freeborn County where Roger worked on his farm until his retirement.

He is preceded in death by his wife, Betty Lou; parents, Ora and Esther Krause; sister, Carol Morgan.

To order memorial trees or send flowers to the family in memory of Roger Wallace Krause, please visit our flower store.