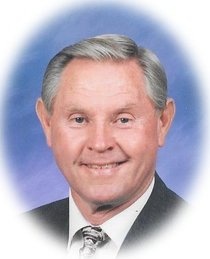 Funeral services for Roger L. Peterson, age 83, of Alden, will be held at 10:30 a.m. on Wednesday, June 22, 2016 at Redeemer Lutheran Church in Alden.  Rev. Greg Ofsdahl and Rev. Rich Merkouris will officiate. Interment will be at Alden Cemetery.  Military Honors will be accorded by the Alden American Legion Honor Guard. Visitation will be 4:00 â€“ 7:00 p.m. on Tuesday, June 21 at Bayview/Freeborn Funeral Home and one hour prior to the service at the church on Wednesday. Online condolences are welcome at www.bayviewfuneral.com.

Roger L. Peterson was born December 16, 1932 in Carlston Township, the son of Enoch and Eveline (Carlson) Peterson. He was a life-long Alden resident and farmer. Roger attended and graduated from Alden schools.  He was drafted into the U.S. Army in 1953 and served in Korea and honorably discharged in 1955 at the rank of Corporal.  On June 22, 1956, Roger married Charlotte Kay Smith.  Roger was a member of Redeemer Lutheran Church and the Alden American Legion. He enjoyed golfing, getting 2 hole-in-ones, farming, yardwork, gardening, and traveling.

Roger was preceded in death by his parents; brothers, Howard Peterson, Richard Peterson, and Luverne Carlson; and sister, Pearl Thunstedt.

To order memorial trees or send flowers to the family in memory of Roger Lewis Peterson, please visit our flower store.