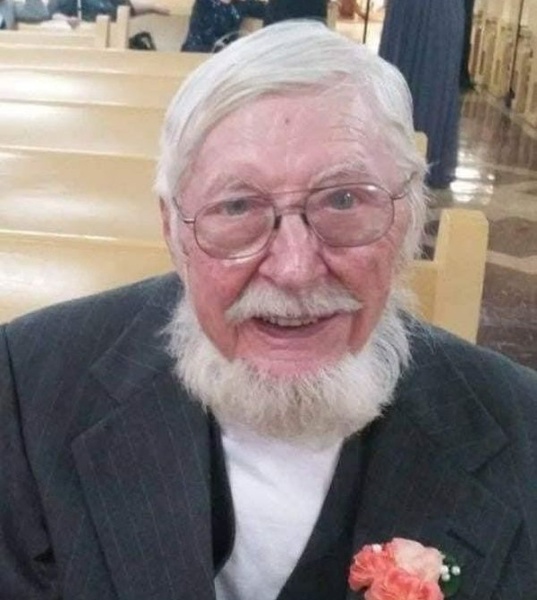 A Celebration of Life for Roger F. Rayman will be held on Saturday, April 23, 2022 at 1pm at the Bohemian Brick Hall, Myrtle, MN. Burial will be at Bohemian National Cemetery, Myrtle, MN at a later date.

Roger Fred Rayman was born on February 28, 1931 to Fred and Lillian Rayman. He grew up in rural Myrtle, MN where he attended country school and helped on his family farm. Roger later went on to work for Continental Castings, Land O’Lakes, Farmstead, and most recently, the Freeborn County Shopper where he retired from after 25 years in 2019.

On December 21, 1952, Roger was united in marriage to JeVonne Flaten. Together they had five children and later divorced. Roger then married Darlene (Edwin) Peterson on January 6, 1979, who had 10 children. Spending time with family was very important to Roger. It was his priority to attend many athletic events and support his children in the activities they were involved in. Roger also enjoyed spending time with and teasing his grandchildren and great grandchildren.

Roger had several hobbies including traveling, riding and racing motorcycles, attending Sturgis motorcycle rallies, fishing with close friends and family, and restoring old John Deere tractors. He was an avid MN Gophers basketball fan and enjoyed attending these games with his children. Roger was very proud of his Czech heritage and an active member of the ZCBJ Lodge #44 of rural Myrtle, a proud and active member of the Le Sueur County Pioneer Power Club, and a charter member of the Falcons Motorcycle Club of Albert Lea.

Roger touched many lives throughout his life and will be missed by many. He will forever hold a special place in our hearts.

The family would like to express a special thank you to Good Samaritan Society, St. Croix Hospice and the Glenville Fire Department First Responders.

To order memorial trees or send flowers to the family in memory of Roger F. Rayman, please visit our flower store.

At a Later Date