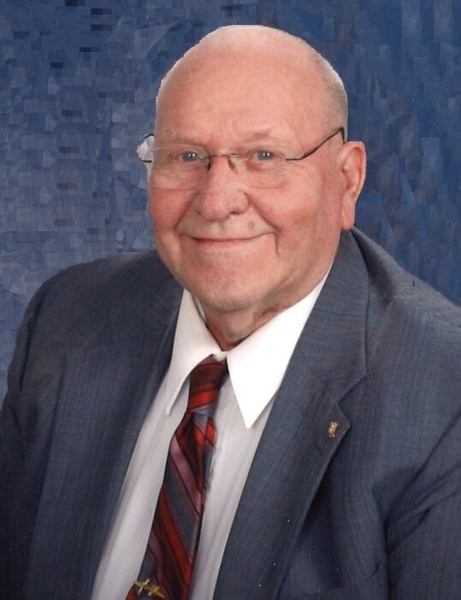 Ronald “Ron” Gene Felt, 87, of Albert Lea, passed away peacefully on Monday, October 19 at St. John’s Woodlands in Albert Lea.  A public visitation will be held from 9-10AM on Saturday, October 24, at Bayview/Freeborn Funeral Home.  A Private Memorial Service will follow with Rev. Don Malinsky presiding. Burial will be at Hillcrest Cemetery of Albert Lea.

Ronald was born on December 19, 1932 to Clifford and Marcella (Chapman) Felt in Jackson, MN.  He attended and graduated from Austin high school in 1951.  Ron met Shirley Ann Keiser his senior year in high school.  They married on November 22, 1951 at the United Methodist Church in Austin, MN.  They settled and raised their two sons in Albert Lea, MN.  Ron began working with Wilson’s Meatpacking Plant in production and slowly worked up to management.  Ron ended his working career as a security guard at the plant.  He finally retired after 48 and a half years with Wilson Meatpacking.

Ron enjoyed the outdoors, especially hunting and fishing.  In his early years, he played softball and bowled.  Ron and Shirley loved dancing on Friday nights at the Eagle’s Club.  He looked forward to his annual fishing trip to Basswood Lake with the Basswood Gang every year.  Ron loved his grandkids and enjoyed spending time with them.

A special thank you to the staff of St. John’s Woodlands and Mayo Clinic Hospice for their excellent care of our dad.

To order memorial trees or send flowers to the family in memory of Ronald Gene Felt, please visit our flower store.