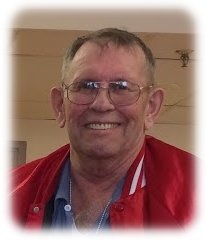 Memorial services for Ronald D. Jenson, age 74, of Hartland, will be held at 2:00 p.m. on Saturday, June 16, 2018 at Bayview/Freeborn Funeral Home.  Todd Walsh, Chaplain, Thorne Crest Senior Living Community will officiate. Military Honors will be accorded by local veterans’ organizations. Interment will be at North Freeborn Lutheran Cemetery at a later date.  Friends may greet the family from 5:00-7:00 p.m. Friday, June 15 at Bayview/Freeborn Funeral Home and one hour prior to the service at the funeral home on Saturday. Online condolences are welcome at www.bayviewfuneral.com.

Ronald David Jenson was born October 15, 1943 in Albert Lea, the son of Ronald and Valborg (Sorlie) Jenson.  He attended Freeborn County District 7 School and graduated from Albert Lea High School in 1961.  He furthered his education at the University of Minnesota, earning a B.S. in mechanical agriculture with an agronomy minor. Ronald proudly served in the Army National Guard.   He managed agriculture co-ops before returning home to work on the family farm.  On May 1, 1971, Ronald was united in marriage to Patricia Rudel at Bethel Lutheran Church in Rochester.  He had an interest in collecting and discussing firearms, military history, tractors, and hunting.  At one time he had his private pilot’s license and enjoyed his time in the air.

Ronald was preceded in death by his parents.

To order memorial trees or send flowers to the family in memory of Ronald David Jenson, please visit our flower store.