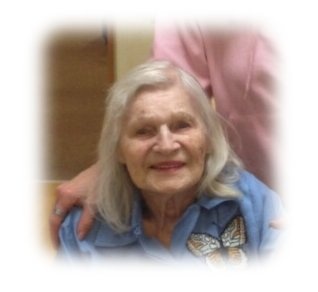 Funeral services for Rose (Vomacka) Foss, age 98, of Albert Lea, will be held at 10:00 a.m. on Saturday, January 13, 2018 at Bayview/Freeborn Funeral Home.  Rev. John Holt will officiate. Interment will be at London Deer Creek Cemetery.  Visitation will be one hour prior to the service at the funeral home on Saturday. Online condolences are welcome at www.bayviewfuneral.com.

Rossie Vomacka was born February 24, 1919 in Oakland Township, Minnesota, the daughter of John and Anna (Schaball) Vomacka who were immigrants of Czechoslovakia.  She was the third to the youngest of nine children, Rose was the very last to survive of her family of eleven.  Rose grew up during very hard times during the depression, but there was always plenty to eat since they lived on a farm with crops and livestock.  Rose and her siblings attended various rural Oakland Schools, she graduated in the 8th grade.  Rose and her sisters would mainly go to Austin to watch movies at the Paramount Theater, to get a permanent, and to go shopping.  She and her sisters also enjoyed dancing at the Surf Ballroom, but mainly at the Brick Hall near Myrtle.

Rose married Larry Parker and to this union Johnny and Sharon were born.  On June 20, 1951, Rose was united in marriage to Melder O. Foss at Salem Lutheran Church in Albert Lea. They made their home in London, MN.  Rose continued to live in the home until she moved to St. John’s Lutheran Community two and a half years ago where she was cared for by the astounding, loving staff and residents who made her feel like family.  Rose was very creative.  She made apple dolls and sold them around the world and could make anything any family member requested.  Rose was very involved with her grandchildren, always playing with them. She was a wonderful cook and enjoyed hiking and attending Audubon Society events.  She enjoyed writing long letters to her family and friends.  Rose will be very sadly missed by her grandchildren, nieces, nephews, and friends.

To order memorial trees or send flowers to the family in memory of Rose Foss, please visit our flower store.