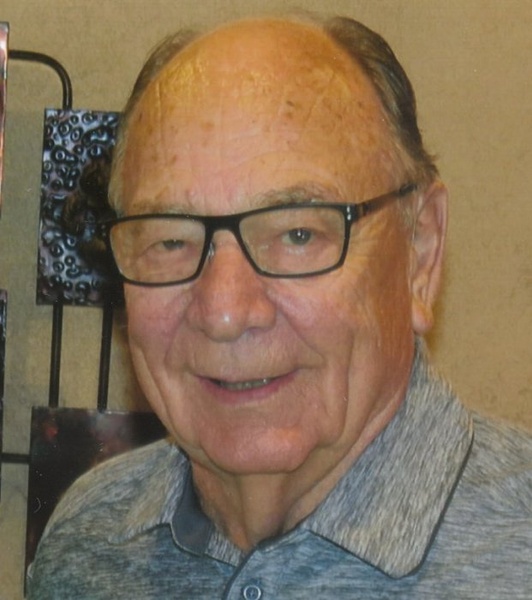 A Celebration of Life for Ross William Severtson, age 80, of Glenville, will be held at 11:00 a.m. on Friday, September 22, 2017 at Crossroads Evangelical Church in Albert Lea.  Rev. Marc Castro will officiate. Interment will be at Graceland Cemetery.  Visitation will be 5:00-7:00 p.m. on Thursday, September 21 at Bayview/Freeborn Funeral Home and one hour prior to the service at the church on Friday.

Ross William Severtson was born to Carl and Ruby (Schneider) Severtson on June 25, 1937 in Albert Lea.  He was baptized and confirmed at Trinity Lutheran Church in Albert Lea.  In his younger years, he participated in the Golden Gloves and stock car racing. He also golfed and fished when he wasn’t working.  He worked at Farmland Foods, previously known as Wilson and Co. for 43 years and 10 months. He worked in the sausage department and later as a carpenter.  He built several homes, did much remodeling and cement work when not at the plant.   Ross married Ruth Ann (Hendrickson) Grasdalen on July 20, 1985 at Trinity Lutheran Church.  Together they were parents to Jeffery (Janet) Severtson of Plymouth, Stacia (Mark) Schumaker of Glenville, Sandin “Sandy” and Lisa Grasdalen of Seattle, WA, Chad (Nicky) Severtson of Albert Lea, and Jason (Laurie Cariveau) Severtson of Los Angeles, CA.  They were blessed with 15 grandchildren, Lindsay (Ben) Blecker, Jordan Malimanek and friend Derek Skillman, Kiersten Severtson, Carissa Ketcher, Kelsey (Ryan) Duncan, Bobby (Lera) Severtson, Morgan Schumaker, Taylor and Riley Grasdalen and Caden and Carson Severtson; great-grandchildren, Kaliya Severtson, London Blecker, Dane Skillman, and Teagan Duncan. Ross’s excellent carpentry skills beautified many homes including the farm he shared with Ruth Ann outside of Hayward.  He gave much pride and hard work to their farm, raising cattle and taking care of his dogs, maintaining a beautiful lawn on the farm and at their twin home in Glenville.

Ross loved his family very much and left this story for them:
I am like a penny.  Not a bad one, but a very bright one. Remember my darling children, I’ll always turn up whenever you find a penny anywhere in the years to come.  You pick it up and say, “There’s Grandpa.” Here’s a penny, take it. It is the first of many.  Keep it for luck dear hearts.  In time you will have a thousand reminders that I’m telling you how much you are loved.

To order memorial trees or send flowers to the family in memory of Ross William Severtson, please visit our flower store.