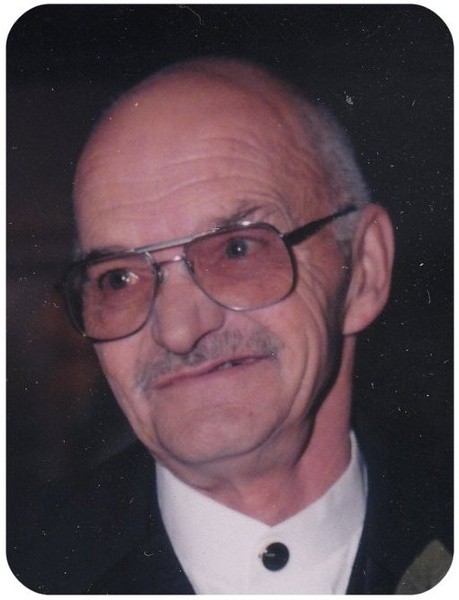 Funeral services for Russell E. Fredrickson, age 83, of Albert Lea, will be held at 11:00 a.m. on Saturday, August 12, 2017 at Our Savior’s Lutheran Church.  Rev. David Emmons will officiate. Interment will be at Greenwood Cemetery.  Visitation will be 5:00-7:00 p.m. on Friday, August 11, 2017, at Bayview/Freeborn Funeral Home and one hour prior to the service at the church on Saturday. Online condolences are welcome at www.bayviewfuneral.com.

Russell Elroy Fredrickson was born August 27, 1933 on the family farm in Gordonsville, the son of Elling and Ida (Flatness) Fredrickson.  He grew up in the Gordonsville and Glenville area.  He attended country school through 8th grade when his father became ill and the farm needed to be tended to.  On August 26, 1956, Russ married Eva Turbett at the Methodist Church in Glenville.  Russ was a farm hand for Petrans Farm for many years.  He then worked for Nelson Sanitation-Stadheim Sanitation-Waste Management, until retirement.  After a few years, he decided to return to work doing maintenance at Edgewater Park for Albert Lea Park and Rec Department and 13 years in the Utility Department at Mayo Clinic Health System – Albert Lea.  After his second retirement, he became the caregiver for Eva.  Russ was a member of Our Savior’s Lutheran Church.  He enjoyed collecting cars and trucks.  In his later years, Russ enjoyed putting together puzzles, framing them, and exhibiting them at the Freeborn County Fair, winning multiple blue ribbons.  When out and about at the mall or the grocery store, he liked to visit with friends.  Russ had a wonderful sense of humor and a smile to share with everyone.  Russ was proud of his six children.  He always wanted to know what was going on in their lives from childhood through adulthood.  Russ always had a story to share with all.  He was a wonderful husband, father, grandpa, and great-grandpa.

Russell was preceded in death by his parents, Elling and Ida; father-in-law and mother-in-law, Jay and Minnie Turbett; and daughter-in-law, Tami Fredrickson.

Our family would like to thank the 2nd Floor North Staff at St. John’s and the Hospice Team for helping make Russ feel comfortable and all the care that was shown to him. But most of all, a big thank you for the loving care given to Dad before he entered St. John’s by our sister, Jodi.

To order memorial trees or send flowers to the family in memory of Russell Elroy Fredrickson, please visit our flower store.