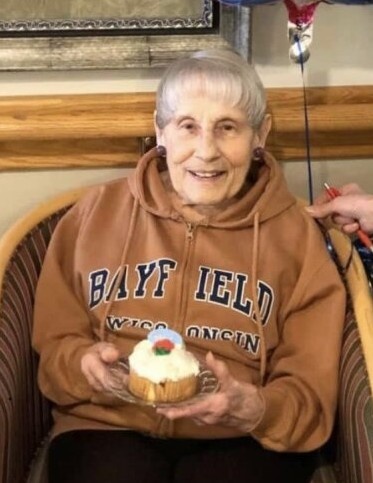 Ruth Ann was born March 11, 1931 in Wells, MN, the daughter of Adolph and Ada (Grote) Giese. Ruth Ann graduated from Wells High School. She married Luvern Stern in 1950 and they had two children, Debra and Richard, they later divorced. She worked at various local businesses in Albert Lea including Floorcrafters.

In 1980, She was united in marriage to Clair Friday. They enjoyed bowling, boating, and time with family. She loved spending time with her grandchildren and great grandchildren.

Bayview Funeral Home of Albert Lea, MN is in charge of arrangements. A celebration of life will be held in the summer of 2021.

To order memorial trees or send flowers to the family in memory of Ruth Ann Friday, please visit our flower store.

Family to do services at later date