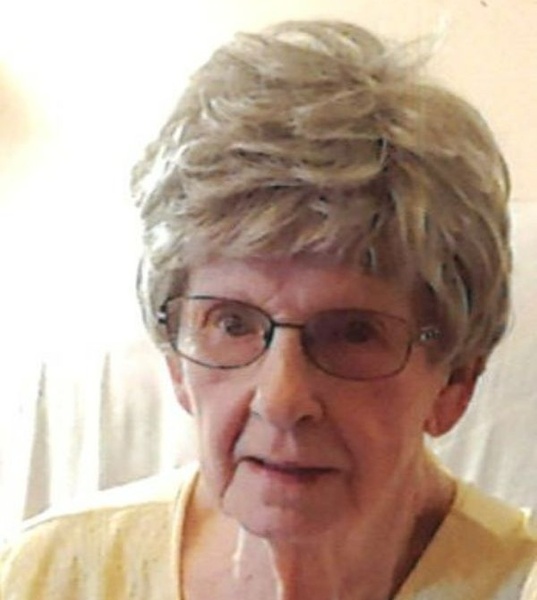 Ruth Elizabeth (Johnson) Thompson was born on December 17, 1926, at Naeve Hospital in Albert Lea to Hugo and Hannah (Nilsson) Johnson. She grew up in rural Twin Lakes and graduated from Emmons High School. On March 11, 1945, Ruth was united in marriage to Hilliard Thompson at the Glenville Parsonage. The couple made their home on the family farm in Rural Emmons. Ruth worked at Fleetguard in Lake Mills, but her primary job was being a devoted farm wife to Hilliard and their 6 children. Ruth was a member of Silver Lake Lutheran Church. She enjoyed baking, especial making pies. Her greatest joy was spending time with her family.
She is survived by her children, Jerry (Esther) Thompson, Sandra Thompson, Henry Thompson, Lenore (Brian) Boettcher and Renae (Robert) Myers; 12 grandchildren; 10 great-grandchildren; 6 step-grandchildren; step-great-grandchild.
Ruth is preceded in death by her husband, Hilliard; son, Johnny; parents, Hugo and Hanna Johnson and siblings.
To order memorial trees or send flowers to the family in memory of Ruth Elizabeth Thompson, please visit our flower store.