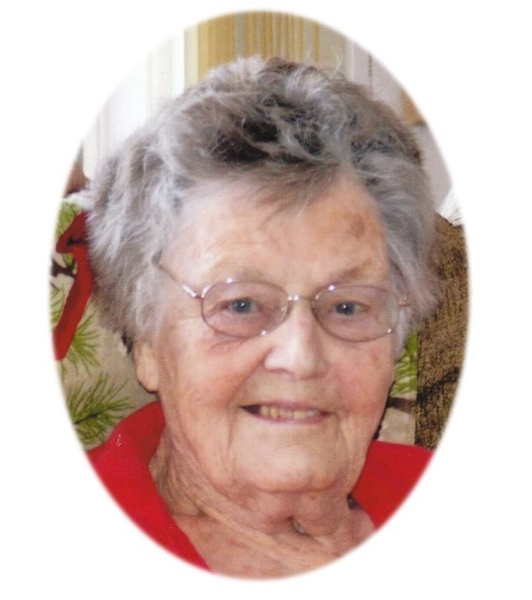 A celebration of life for Sadie P. DeBoer, age 96, of Albert Lea, will be held from 11:00 a.m. to 3:00 p.m. with a brief service at 1:30 p.m. on Thursday, August 16, 2018 at the Edgewater Bay Pavilion in Albert Lea.  Bart DeBoer will officiate.  Interment will be at Graceland Cemetery.  Online condolences are welcome at www.bayviewfuneral.com.

Sadie P. DeBoer was born June 7, 1922 in Bole, Montana.  Her parents, Richard and Marie (Middel) VanderPloeg emigrated from Holland the year prior.  In 1925, Sadie and her family relocated to Crookston, Minnesota.  Once her family grew, they relocated to Clarks Grove, Minnesota where she attended District 5 school.  They attended the Hollandale Christian Reformed Church.  In 1940, the family attended a church party at Grandma Louters’ home.  It was there that William DeBoer winked at Sadie during a game of winkum.  The couple soon married and make their home in Worthington.  In 1946, the young family moved to Hollandale where they farmed and raised their four children.  Sadie loved to garden, crafts – including crocheting and embroidery, and loved being at home until their retirement.  They then traveled across the U.S. yearly visiting their grandchildren and great-grandchildren.  These annual trips created a special bond between Sadie and her grandchildren and great-grandchildren.  The couple made several trips to Holland visiting extended family and they traveled to the Holy Land.  Sadie was a member of the Gideons Auxiliary, was a devoted church member, and had a very strong faith.

Sadie was preceded in death by her parents, husband, William; daughter-in-law, Jean DeBoer; three brothers, one sister, and many brothers-in-law and sisters-in-laws.

To order memorial trees or send flowers to the family in memory of Sadie Priscilla DeBoer, please visit our flower store.