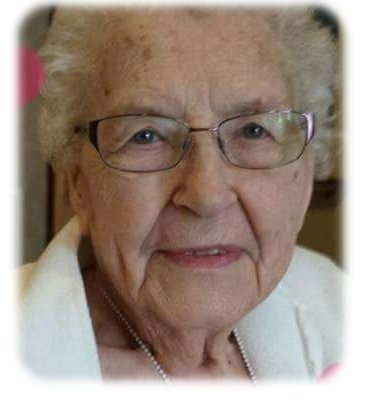 Funeral services for SarahIsabelle Anderson, age 89, of Albert Lea, will be held at 11:00 a.m. on Tuesday, August 7, 2018 at First Lutheran Church.  Rev. John Holt will officiate. Interment will be at North Freeborn Lutheran Cemetery at a later date. Visitation will be from 4:00-6:00 p.m., Monday, August 6 at Bayview/Freeborn Funeral Home and one hour prior to the service at the church on Tuesday.

SarahIsabelle Laite Jensen Anderson was born on February 12, 1929 in Albert Lea, the daughter of Thomas and Lottie (Epler) Laite. She grew up in Freeborn County, attending Albert Lea Schools.  Sarah was united in marriage to Dale Jensen on February 23, 1947.  Together, they had three children and were married for 25 years.  Dale died in 1973 as the result of an auto accident.  Sarah spent much of her life as a homemaker, which she loved, but also held various jobs over the years at Munsingwear, Clothing Care, Mrs. Gerry’s, Wendy’s, and as a child care provider.  On February 9, 1974, Sarah married Kenneth Anderson. They enjoyed traveling together.  They often spent summers on Geneva Lake and after Kenny’s retirement, the couple wintered in Arizona for 9 years.  Sarah was a member of First Lutheran Church where she volunteered with the circle. She was also a member of the Eagles, Elks, Moose, and V.F.W.  She enjoyed dancing, playing cards, bowling, reading, journaling, camping, and fishing.  Sarah’s greatest joy came from her family, especially her grandchildren.

To order memorial trees or send flowers to the family in memory of SarahIsabelle Anderson, please visit our flower store.