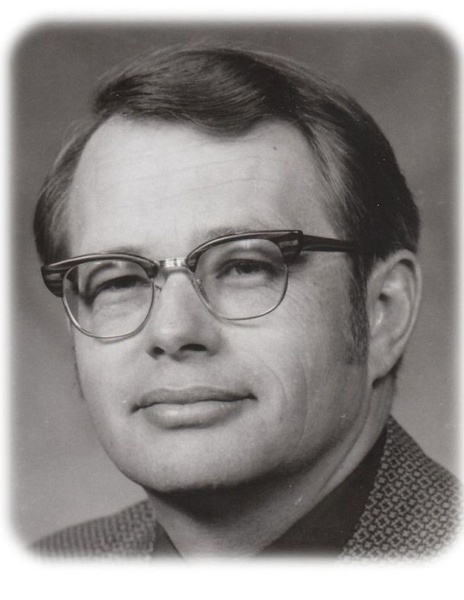 Funeral services for Sharon (S.L.) Johnson, 84, will be 11:00 am, Tuesday, August 29, 2017 at Trinity Lutheran Church in Albert Lea. Pastor Eileen Woyen will officiate. A private burial will follow. Visitation will be at Bayview/Freeborn Funeral Home on Monday, August 28, from 5:00-7:00 p.m. and an hour before the service at the church on Tuesday.  On-line condolences are welcome at www.bayviewfuneral.com.

S.L. died at home Friday, August 25, 2017 after a lengthy battle with Alzheimer’s disease.

Sharon Lee Johnson was born May 26, 1933, in Waseca, Minnesota, the son of Clarence and Leona (Metzler) Johnson. He attended grade schools in Owatonna and rural schools in Freeborn and Worth Counties. He was confirmed at Bethlehem Lutheran in Myrtle, Minn. He graduated from Albert Lea High School in 1951. He was a member of Trinity Lutheran Church in Albert Lea. S.L. married Joyce Baumgartner on May 16, 1953, in Northwood, Iowa. S.L. was an insurance agent for many years. In 1962, he joined Lutheran Mutual Life Insurance Company, which later became Cuna Mutual Life Insurance Company.  He received diplomas from the American College in Bryn Mawr, PA, with degrees of Chartered Life Underwriter (CLU) and Chartered Financial Consultant (ChFC) in 1978.

S.L. was a longtime member of the Elk’s Lodge for more than 25 years. He was Exalted Ruler and Lodge Trustee in 1996-1997, elected as Esquire to the District Deputy for 1998-1999 term, and served as District Deputy Grand Exalted Ruler for 1999-2000. He was honored as “Elk of the Year” in 2000. He was also a member of the Eagles, Lions and Shriners clubs for many years. S.L. served as president of the Freeborn County Agricultural Society (Fair Board) for more than 13 years and was on the Fair Board for more than 17 years. He was a longtime Albert Lea-Freeborn County Chamber of Commerce ambassador and was named Outstanding Ambassador in 1996. He was elected Freeborn County Commissioner (Fifth District) and served two terms (eight years).

S.L. enjoyed bowling, hunting, fishing, camping, snowmobiling, playing cards as well as traveling across the United States and abroad. He and his wife Joyce enjoyed entertaining at their former country home outside of Albert Lea located on the Conger blacktop (R.R. 3).  He loved his grandchildren and enjoyed making big bonfires, teaching them how to do chores like splitting wood and giving them tractor rides. He enjoyed his daily coffee breaks at Hardees and Donut Hut with his coffee group. He also loved driving his Shriner car in the local parades. He was a Community Action Agency volunteer for Freeborn County, past president of the church council at Salem Lutheran Church as well as volunteered for Freeborn County Heart Association and many other causes.

S.L. was preceded in death by his parents, Clarence and Leona Johnson; brother, Vernon Johnson; sister, Janet Johnson; brother-in-law, Jerry Lechnir; and sisters-in-law, Velma Johnson and Sharon Johnson; as well as other loved ones.

To order memorial trees or send flowers to the family in memory of Sharon (S.L.) Johnson, please visit our flower store.