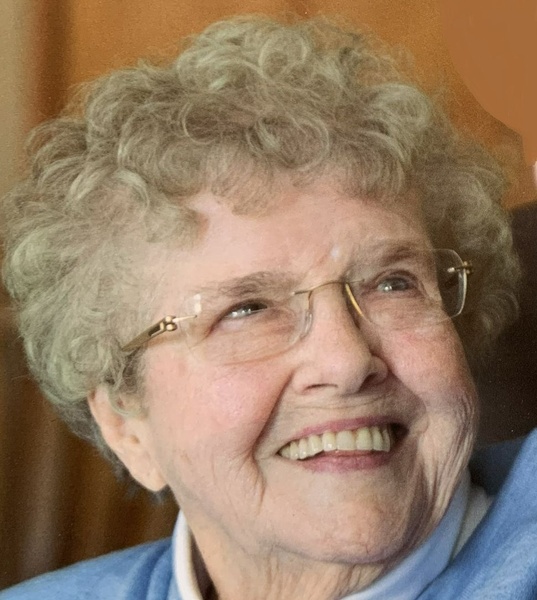 Shirley L. Nelson was born March 1, 1927, in Clinton, IA. In her mid-teens, following the death of her mother, she moved to Albert Lea with her father and brother where she graduated from Albert Lea High School. Shirley married the love of her life, Wes Nelson, on January 12, 1947. They were married 72 years! Wes and Shirley were longtime residents of Albert Lea. They lived in their house on E. Eighth Street for 68 years. In that home, they raised three children, Craig, Judy, and Brian.

Shirley worked a number of support and service jobs in the Albert Lea area. Her main calling was being a great wife, mother, grandmother, and great-grandmother. Shirley loved family camping, quilting, and tending her flowers. She treasured friendships, most notably friends since childhood. Given her strong Christian faith, Shirley was very active in her church, Calvary Baptist Church (now Bridge Community Church). She served on church committees, loved singing in the choir, helped with youth groups, church camp, and the church’s quilting group.

While living to a ripe old age of 94 and being slowed by the physical infirmities of her years, Shirley was sharp as a tack to her dying day. Visits with Shirley were always interesting and informative. In her final days, Shirley wanted one thing…..to join Wes in heaven. Now their love story will continue eternally.

In lieu of flowers, memorials are preferred to Youth for Christ or the donor’s choice.

To order memorial trees or send flowers to the family in memory of Shirley Lorraine Nelson , please visit our flower store.