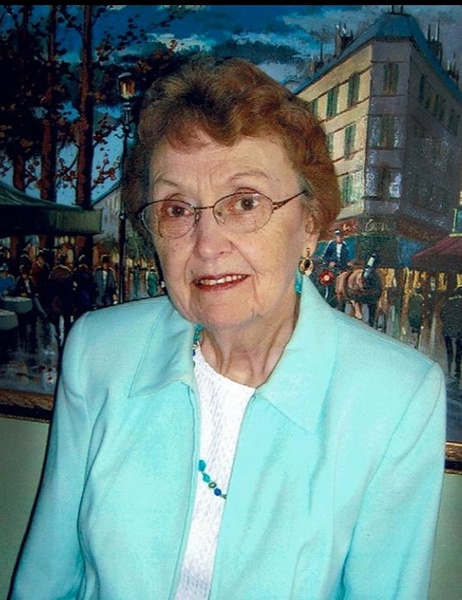 Shirley was born on February 20th, 1928 in Albert Lea, Minnesota to Chris and Lillian Paulson (Nelson). The family moved to Hastings, Nebraska where she graduated from Hastings High School. She then returned to Minnesota and took a job at Security State Bank in Albert, Lea.

Shirley will be remembered as a kind, loving and gentle teacher to her children and grandchildren, with a sweet humble spirit and a willingness to care for people in need. She was devoted to her faith as a member of both Alden United Methodist Church and Calvary Baptist Church in Albert Lea where she served as a volunteer for many church activities. She delivered Meals on Wheels, sewed quilts for missions and offered rides to the doctor for anyone in need. Shirley loved gardening, nature, sewing, music and spending time with her friends and family.

Shirley was preceded in death by her parents, her husband, Roger, her husband, Lloyd, her sister, Dorothy Paulson, her brother, Donald Paulson, her granddaughter, Brittany Kuster, her stepson, Ronald Wright and her stepdaughter, and step-son-in-law, Beverly and Gary Bruntz.

Funeral services will be held on Monday, July 6th at 11:00 at Bayview/Freeborn Funeral Home in Albert, Lea, MN. There will be a visitation starting at 10:00 a.m.  Interment will take place following the service at Graceland Cemetery.

Memorials preferred to the Alzheimer’s Association.

To order memorial trees or send flowers to the family in memory of Shirley Jean Wright, please visit our flower store.