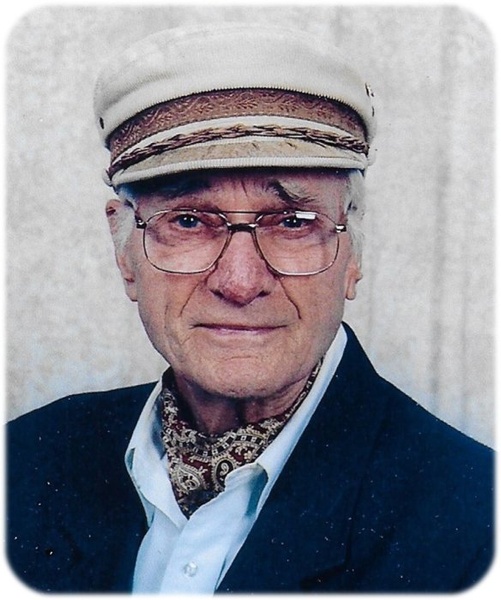 Stanley Vomacka, 94, passed away peacefully of natural causes at his home in White Bear Lake, Minnesota on Tuesday, April 4, 2017.  A Funeral Mass will be held at 11:00 a.m. on Tuesday, April 11, 2017 at St. Theodore Catholic Church in Albert Lea.  Father Russell Scepaniak will officiate. Visitation will be from 9:30 until 11:00 a.m. Tuesday at the church. Interment will be at Bohemian National Cemetery.

Stanley was the youngest of nine children born on May 8, 1922 on their farm near Austin, Minnesota to his loving parents, John and Anna (Schaball) Vomacka. His parents were immigrants from Prague, Czechoslovakia at 29 years of age when they came to America in 1912.  Stanley and all of his siblings helped their parents with daily farm chores until they left home.  He attended his local country one-room school house; being driven in the winter by his father in a horse and buggy under thick wool blankets.  Once out of school, Stanley tried to enlist in the Minnesota National Guard at 15.  He said he was 18, and no one questioned otherwise. Times were tight on the farm and he was lured by the pay, $1.00 for each weekly training and $15.00 for the annual two weeks on duty.  He proudly served the United States as a machine gunner during WWII in Northern Africa and Italy.  He lost his leg in the Battle of Anzio Beach in his 300th day of fighting.  He was a marksman with the 1st Brigade Combat Team, 34th Infantry Division – the Red Bulls.  He was awarded multiple service medals and honorably discharged at the rank of Corporal.

After returning home to Albert Lea, Stanley worked alongside his mentor, Arnold Stadheim in the entrance of the First National Bank Building, what is now the downtown Arts Center. Arnold taught him the trade of watchmaking, even building a grandfather clock.   After becoming a certified master watchmaker, Stanley moved to Gem Lake, Minnesota in the early 1960s and owned and operated “Stanley’s Jewelers” in White Bear Lake until his retirement. Stanley was a member of several veterans organizations, including the local VFW and American Legion, Disabled American Veterans, and Military Order of the Purple Heart. He was also an avid outdoorsman who fully enjoyed and appreciated wildlife and nature.

Stanley was a devout Christian with a very generous spirit.  He was loved and will be missed by many, last but not least his loving caregivers, April Courneya, Christy Peterson-Larsen, Connie Charpenter, Sue Carlson, and his “son next door,” Ken Defiel.

To order memorial trees or send flowers to the family in memory of Stanley Vomacka, please visit our flower store.