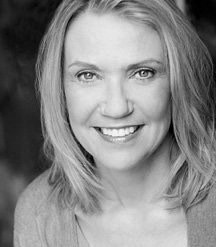 Memorial service for Susan Price will be at 2 PM on Saturday, October 5, 2019 at Bayview/Freeborn Funeral Home. There will be time for all to share personal memories at the service. Visitation will be held one hour prior to services on Saturday.  Susan Gayle Price was born October 27th 1953 to James (Gus) and Elizabeth Gustafson in Mahnomen, Minnesota. She attended Albert Lea High School and graduated magna cum laude from the University of Wisconsin with a BA in design. She lived in Chicago Illinois for more than 40 years where she was an artist, a clothing and graphic designer, a businesswomen selling her own creations, and was for many years a respected performer in local theater and Second City comedy groups. Most importantly, Susan was a loving mother to her son Danny. She moved back to her hometown where she became a substitute teacher and continued to pursue her creative passions by painting, acting with the Albert Lea Community Theater, and retailing designer fashions. She is preceded in death by her only child Dan Price, her mother Elizabeth Gustafson and brother Jay Gustafson. Survivors include her father James Gustafson and sisters Karen Kramer (Andy) and Nancy Doherty (John). Memorials are preferred to the Albert Lea Community Theater (147 N. Broadway Ave., Albert Lea, MN 56007) or United Way of Freeborn County (324 S. Broadway Ave., Albert Lea, MN 56007)

To order memorial trees or send flowers to the family in memory of Susan Price, please visit our flower store.