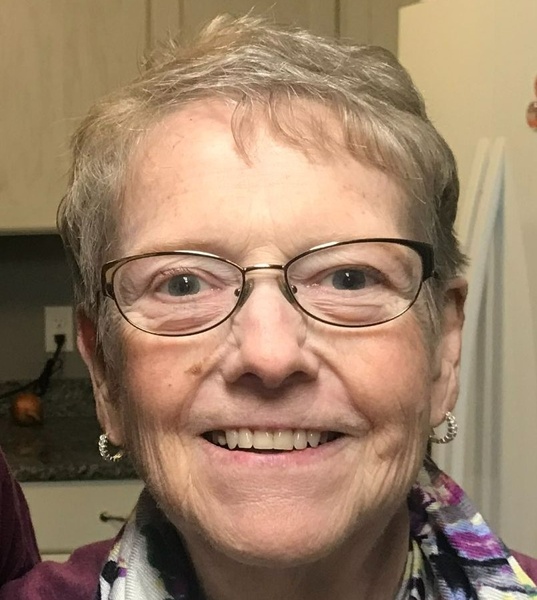 Susan Rae (Peterson) Woodard, age 74 of Albert Lea, passed away on April 19th, 2022. Born June 13, 1947 in Litchfield, MN to Donald and Eleanore Peterson. She spent her youth in Portland, OR until her family moved to Albert Lea, MN where she graduated high school in 1965. She met her husband Wayne when her mother made her bring in their mixer to Gordon Electric to be repaired and Wayne’s coworker let him help the cute girl. They were united in marriage at First Baptist Church, Albert Lea, on October 15, 1966. From this union two daughters were born, Karen and Katie. Sue worked as a telephone operator with Northwestern Bell for many years, a customer service lead at Pamida, and other various jobs until her health made her retire early. Sue was a woman of faith who loved flowers and gardening, reading books (especially mysteries), watching cooking and DIY home shows, spending winters in Lake Havasu, AZ with Wayne and friends, and anything to do with her grandchildren, Sophia, Henry, and Stella.

Preceded in death by her father, Donald Peterson, in-laws Robert and Margaret Woodard.

The family requests that contributions in memory of Susan go to the Bridge Community Church, Landscape Fund.

The Funeral Service will be 3pm Sunday, April 24th, with visitation one hour prior, at Bridge Community Church, 2016 Bridge Ave, Albert Lea, MN. Burial will be at Hillcrest Cemetery June 13.

To order memorial trees or send flowers to the family in memory of Susan Rae Woodard, please visit our flower store.