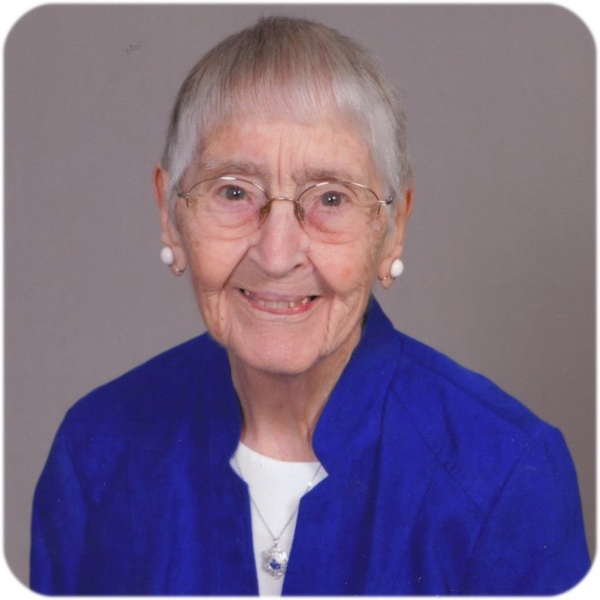 Funeral services for Susie (VandeKamp) Wallin, age 95, of Glenville, MN, will be held at 2:00 p.m. on Saturday, March 7, 2020 at First Lutheran Church in Glenville. The Reverend Josh Blair will officiate. Interment will be at Greenwood Cemetery.  Visitation will be from 5:00 – 7:00 p.m. on Friday, March 6, 2020 at Bayview/Freeborn Funeral Home and one hour prior to the service at the church on Saturday. Online condolences are welcome at www.bayviewfuneral.com.

Susie died on Monday, February 24, 2020 at St. John’s Lutheran Community on Fountain Lake. She had lived on the first floor at The Meadows since August 2018.

Susie (VandeKamp) Wallin was born January 17, 1925 to Henry and Nellie (Post) VandeKamp in Inwood, IA at their home. She attended elementary school in Hollandale, MN. Susie graduated from Albert Lea High School. Her belief in Jesus Christ was instilled in her by her parents and her upbringing in the Hollandale Reformed Church.

On June 20, 1946, Susie was united in marriage to Merlin Rea Wallin at the Hollandale Reformed Church in Hollandale, MN. Together they lived, farmed, and raised their two daughters, Marilyn and Shirley, on the family farm southwest of Glenville. Susie was an active member of First Lutheran Church. She was involved in Sunday School, VBS, Ladies Aid, Circle, and the church library. She was a 4H leader, taught Release Time, read with students at the Glenville School, and helped adults, who had English as their second language, to read.

Besides her faith, nothing was as important to Susie as her family.  This could be a shopping trip, a Wallin family pizza party or a VandeKamp family trip to the lake.  Merlin and Susie enjoyed traveling together and it was their goal to visit all 50 states.  They wintered together in Tucson, AZ for over 20 years.

To order memorial trees or send flowers to the family in memory of Susie Wallin, please visit our flower store.