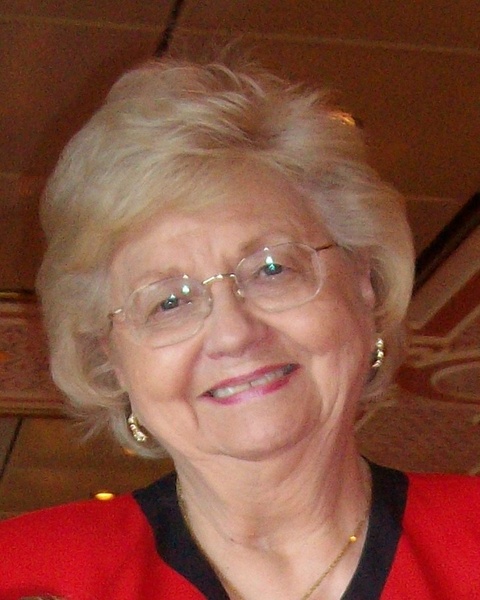 Thelma (Till) Louise Foss, 89, beloved mother and grandmother, passed away peacefully on September 20, 2022 in her home at Waters Edge Independent Living at St John’s Lutheran Community on Fountain Lake in Albert Lea.

She was born on June 13, 1933, in Freeborn, Minnesota, to Henry and Evelyn (Kvenvold) Jacobson. Thelma graduated from Albert Lea High School in 1951.

On May 20, 1956, Thelma was united in marriage to John Milford Foss at Grace Lutheran Church in Albert Lea. She worked at Unique Cleaners after high school as their bookkeeper. Raising her family of 5 children became her number one priority. She was a wonderful homemaker and seamstress. When her children were older, she ventured back out into the working world by sewing custom drapery for Wallace’s, and was later employed by Floorcrafters in Albert Lea, specializing in draperies and window treatments. Her creativity and attention to detail was unmatched in her field.

Thelma was a member of First Lutheran Church in Albert Lea. In her service to the Church she was on many committees over the years and loved being a Sunday School teacher. She sewed drapes for the parlor, curtains for the stage in Bethany Hall, and led the confirmation stoles construction ministry to help others see the ‘yoked with Christ' aspect of a true confirmation faith.

Thelma served on the Albert Lea Parks and Recreation board for over 30 years. She had a great impact on how our parks look today. She was so proud of the city pool, and the hockey arenas. Her children grew up playing in Cottonwood Park, and she wanted to ensure other kids had the same opportunity.

In her later years she volunteered at the hospital gift shop as a member of the auxiliary. She loved playing in card groups and lunching with “the ladies of 51.” Some of her favorite memories were made on vacations to Wabedo with the Schinkes and Barruses. A fiercely proud Norwegian, she loved visiting Norway with her daughter in 2008.

Thelma’s favorite pastime was watching anything her children, grandchildren, and great grandchildren were doing or involved in, but especially loved watching hockey. Whether it was the bleachers or the stands, she loved cheering on her people and never missed an opportunity to take in a game. She also loved cheering for the Minnesota Twins any chance she got. Part of her legacy was taking her daughters and granddaughters to many productions at Chanhassen Dinner Theater.

Funeral services for Thelma Louise Foss of Albert Lea will be at 10am on Saturday, October 1st at First Lutheran Church. The Rev. Roger Fears will officiate. Interment will be at Hillcrest Cemetery. Visitation will be one hour prior to the service at the church Saturday. Online condolences are welcome at www.bayviewfuneral.com.  Memorial donations can be made to the Peace and Power foundation at First Lutheran Church in Albert Lea.
To order memorial trees or send flowers to the family in memory of Thelma Louise Foss, please visit our flower store.