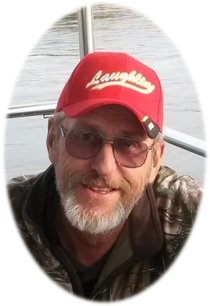 Memorial services for Theodore A. Yost, age 67, of Albert Lea, will be held at 11:00 a.m. on Monday, July 11, 2016 at Concordia Lutheran Church of Pickerel Lake.  Rev. Wendy Anderson will officiate. Friends may greet the family from 3:00 â€“ 6:00 p.m. on Sunday, July 10 at Bayview/Freeborn Funeral Home and one hour prior to the services at the church on Monday.

Theodore â€œTedâ€ Yost was born on September 18, 1948 in Albert Lea, the son of Arthur and Margaret (Wittmer) Yost.  He grew up near Bear Lake and graduated from Emmons High School. On July 9, 1972 he was united in marriage to Ilene Kaiser at Bear Lake Lutheran Church. Together they raised three children.  Ted was a jack of all trades. He was a dairy farmer, an ag mechanic, a certified welder, and opened Yost Manufacturing.  Most recently he enjoyed farming and working for Precision Septic.  He was a part of the Lutheran Brotherhood dartball league and also enjoyed bowling, fishing, riding motorcycles, and golfing.  Most of all Ted enjoyed spending time with family, especially his grandchildren.

Ted was preceded in death by his parents and uncle, Manferd Wittmer.

In lieu of flowers, memorials are preferred to Concordia Pickerel Lake Cemetery or donorâ€™s choice.

To order memorial trees or send flowers to the family in memory of Theodore Arthur Yost, please visit our flower store.