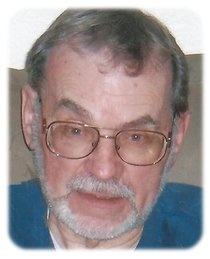 Memorial services for Thomas C. Ayers, age 79, of Albert Lea, MN, will be held at 2:00 p.m. on Sunday, March 19 at Bethlehem Lutheran Church in Glenville, MN.  Rev. David Efflandt will officiate. Interment with military honors will be at Fort Snelling National Cemetery at a later date.  Friends may greet the family from 12:30 â€“ 2:00 p.m. at the church on Sunday. Online condolences are welcome at www.bayviewfuneral.com.

Thomas Clarence Ayers was born November 28, 1937 in Minneapolis, Minnesota, the son of Clarence and Carol Ayers (Thomas).  He grew up in Minneapolis, graduating from Minneapolis South High School.  After a short time at the University of Minnesota, Tom joined the Air Force, entering through Officer Candidate School, where he received his commission as a 2nd Lieutenant working on a B52 first as a navigator, and then as an electronics warfare officer. Tom was married to Julia (Judy) Crum in 1959. Son Thomas Clarence Ayers, Jr. and daughter Sharon Connors (Ayers) were born in the years following. The couple divorced in 1967.  In 1970, Tom married Maryell Cox (Oâ€™Melia), and daughter Sarah Efflandt (Ayers) was born in 1974.  Tom and Maryell divorced in 1977.

In the years following his separating from active duty in the Air Force, Tom finished his degree at Bellevue College in Omaha, NE. After completing his degree in social work, he then attended St. Paulâ€™s School of Theology, Methodist, in Kansas City, MO.  During his time there, his service to his country continued, as he joined the Missouri Air National Guard, finally separating in 1970.  At the conclusion of his seminary studies, Tom became a deacon in the Methodist church, and lived out his call to serve others in the reminder of his professional career as a family therapist and mentor to many interns. He enjoyed reading, music-most especially the Beach Boys, walking, visiting book stores, traveling, and piloting light aircraft.

Tom was preceded in death by his parents, Clarence and Carol Ayers; and brother, Jerry Ayers.

In lieu of flowers, memorials can be given towards the Alzheimerâ€™s Association.

To order memorial trees or send flowers to the family in memory of Thomas C Ayers, please visit our flower store.