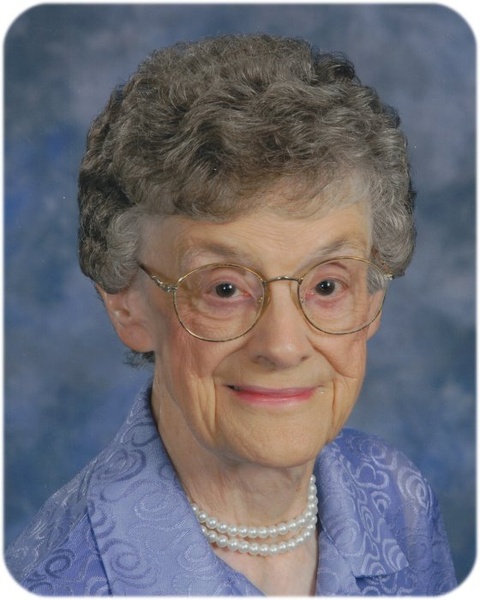 Memorial services for VaLois Hallum, age 94, of Albert Lea, will be held at 11:00 a.m. on Thursday, November 8, 2018 at West Freeborn Lutheran Church.  Pastor Steven Schwartz will officiate. Interment will be at West Freeborn Cemetery.  Friends may greet the family one hour prior to the service at the church on Thursday. Online condolences are welcome at www.bayviewfuneral.com.

VaLois Hallum was born on July 17, 1924 in Albert Lea, the daughter of George and Rhoda (Talle) Hallum.  She grew up on a farm east of Freeborn and attended school in Freeborn. She worked for First State Bank of Freeborn – now Farmers State Bank of Hartland – for 33 years.  She was a lifetime member of West Freeborn Lutheran Church and was a member of the American Legion Auxiliary.  VaLois enjoyed reading, puzzles, watching the Twins and Vikings, and used to be an avid bowler.

To order memorial trees or send flowers to the family in memory of VaLois Hallum, please visit our flower store.