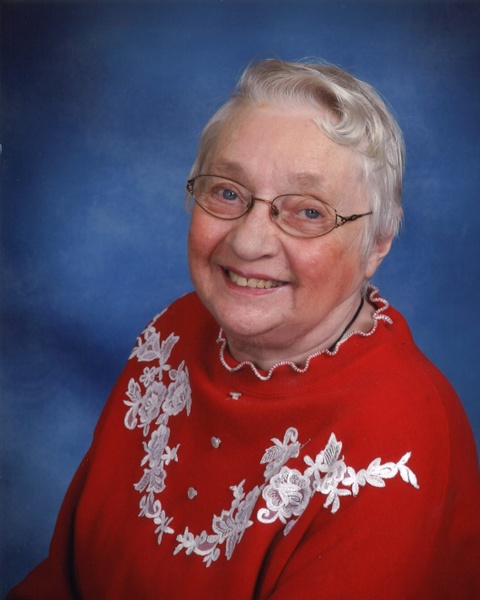 Velma Drescher, 92, passed away on September 23, 2022, at Oak Park Place in Albert Lea, MN. Funeral services for Velma will be held on Monday, October 3, 2022, at Bayview Freeborn Funeral Home at 10 am.  Pastor John Mitchem will officiate.  Burial will be a Hillcrest Cemetery.  Visitation will be held one hour prior to the service.

Velma June (Cordes) Drescher was born August 7, 1930, in Butler County, Ankeny, Iowa to Henry and Hilda (Muller) Cordes. She attended country school in Butler County at Dumont, Iowa, graduating from the 8th grade in 1945. Velma was united in marriage to Herbert H. Drescher on April 20, 1968 at Salem Evangelical United Brethren Church in Dumont, Iowa. After marriage Velma and Herb resided on Fenton Avenue in Albert Lea. Herb died in July 2011 and in April 2015 Velma moved to Oak Park Place in Albert Lea.

Velma was employed at Franklin General Hospital in Hampton, Iowa, (1957-1968), Clothing Care Center (1968-1980) and the Standard Café (1985-1992). She was a member of the United Methodist Church in Albert Lea and was also member of the American Legion Auxiliary and the Fraternal Order of Eagles Auxiliary. Velma loved to do embroidery, the outdoors, camping, bluegrass music, birds, flowers, taking care of her brother’s dogs and visiting grandchildren.

Velma’s family would like to thank all the staff at Oak Park Place in Albert Lea and St. Croix Hospice for all the wonderful care that they gave to Velma.

To order memorial trees or send flowers to the family in memory of Velma June (Cordes) Drescher, please visit our flower store.