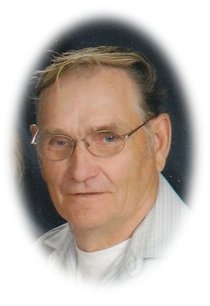 Funeral services for Verlyn Thofson, age 81, of Hartland, will be held at 1:00 p.m., Sunday, March 13, 2015, at the Cross of Glory Lutheran Church in Hartland. The Rev. Mark Hillmer will officiate. Interment will be in the Hartland Cemetery with military honors accorded by the VFW and American Legion Honor Guard. Visitation will be from 4-6 pm, Saturday, March 12, 2016 at the Bayview/Freeborn Funeral Home and one hour prior to the service at the church on Sunday.
Verlyn died on Tuesday, March 8, 2016 at St. Maryâ€™s Hospital in Rochester.
Verlyn Howard Thofson was born on July 17, 1934 in Hartland, the son of Hamilton and Esther (Tukua) Thofson. He graduated from high school in New Richland. In 1952 Verlyn enlisted in the U. S. Army. Following his discharge, he came backed to Freeborn County and farmed. Verlyn was both a farmer and a maintenance man, having worked for Miami Margarine which became Land-O-Lakes, and later Ventura Foods. He retired in 2011.  On June 18, 1988 Verlyn was united in marriage to Kristi Kleinschmidt at the Cross of Glory Lutheran Church. He was a member of Cross of Glory. Verlyn enjoyed attending Farm Fest and Farm America, spending time at Menardâ€™s, and collecting farm toys.
Survivors include his wife Kristi, children Susan (Frank) Baldassare, Verlyn Allen Thofson, Shari (Jeff) Kagermeier, Bruce Thofson, and Kimberly (Bryan) Habana; grandchildren Serenity Larson, Randy Kauffman, Paige Bauer, Miranda, Thofson, Olivia Kagermeier, Jerry Halstead, Arden Baldassare, Nicole Thofson, Kendall Habana, Kyra Habana, and Brandon Habana; several great-grandchildren; sister Marjorie Schoeppler; brother Virgil (Arlene) Thofson; many brothers-in-law, sisters-in-law, and nieces and nephews.
Verlyn was preceded in death by his parents and his brothers Donald and Earl.

To order memorial trees or send flowers to the family in memory of Verlyn Thofson , please visit our flower store.