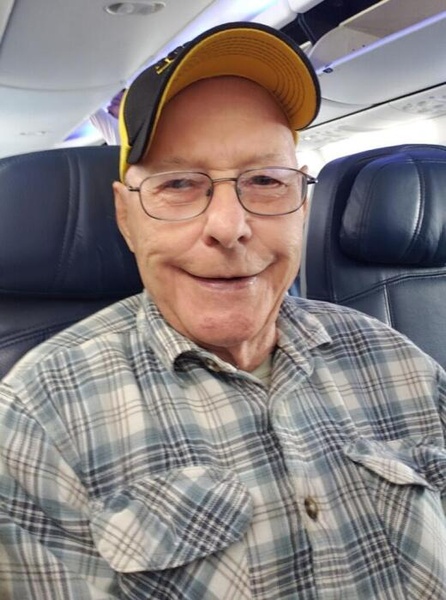 Warren Junior McColloch, 95, of Emmons, MN, passed away on Monday, January 25, 2021 at Good Samaritan Society of Albert Lea.  There will be a private Memorial Service held on January 29, 2021 at Emmons Lutheran Church.  Pastor Ryan Henkle will officiate.

Warren was born on October 1, 1925 to Harry and Vera (Squibb) McColloch in Graettinger, Iowa.  Early on, the family moved to Forest City, Iowa.  Warren attended school until joining the navy in 1943.  Warren trained in the navy as a radar operator and served in the South Pacific and Okinawa.  After the war, Warren held various construction jobs and painting water towers all over the United States.  He married Pearl Genevieve Hagen on December 31, 1955 in Nashua, Iowa.  The couple settled in Emmons, MN raising five children. Warren began working as an wood inspector for Streaters Inc for 30 years from 1957 to 1987.

In his retirement, Warren especially enjoyed fishing with Rodney, cribbage, playing pool at the senior centers in Emmons and Albert Lea, hunting, attending all of his grandchildren's functions, family holidays and, most of all, B&B Cafe with his granddaughter, Crystal.  His greatest joy was spending time with his kids and grandchildren.

The family would like to thank Good Samaritan Society, Hidden Creek, and Mayo Health Systems Hospice for their wonderful care of Warren.

To order memorial trees or send flowers to the family in memory of Warren Junior McColloch, please visit our flower store.