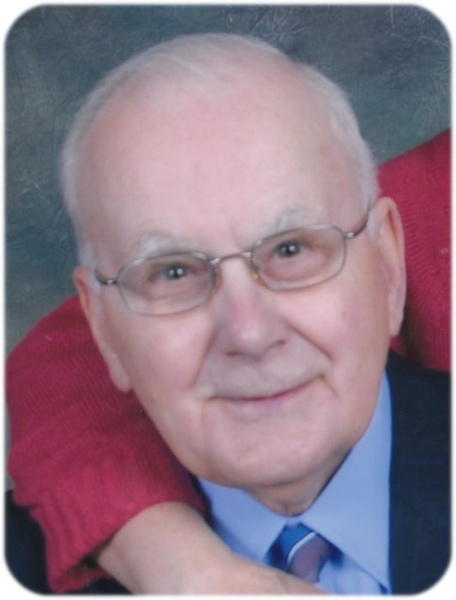 Funeral services for Willard H. Spilde, age 96, of Albert Lea, will be held at 11:00 a.m. on Monday, May 21, 2018 at Grace Lutheran Church.  Rev. Shane Koepke and Rev. Milt Ost will officiate. Interment will be at Lakewood Cemetery.  Military Honors will be accorded by local veteran’s organizations. Visitation will be one hour prior to the service at the church on Monday. Online condolences are welcome at www.bayviewfuneral.com.

Willard Spilde was born March 22, 1922 in Northwood, Iowa, the son of Reinert and Gunda (Fredrickson) Spilde. He attended Our Saviors Lutheran School in Albert Lea.  Willard began working at Wilson’s and then enlisted in the U.S. Army.  He was stationed in the Pacific theatre for three and a half years during WWII. After his discharge, he went back to Wilson’s until his retirement in 1980. On January 9, 1948, Willard married Alice Peak at the First Lutheran Parsonage.  He loved taking rides in his car, spending time at the library, walking at the mall, and traveling. Willard was a member of Grace Lutheran Church, American Legion, and V.F.W.

Willard was preceded in death by his parents; sisters, Eleanor Godtland and Helen McDaniels; nephews, David Peak, Larry Spilde, and David Godtland; and many other extended family members.

In lieu of flowers, memorials preferred to the Grace Lutheran Furnace Fund.

To order memorial trees or send flowers to the family in memory of Willard H. Spilde, please visit our flower store.