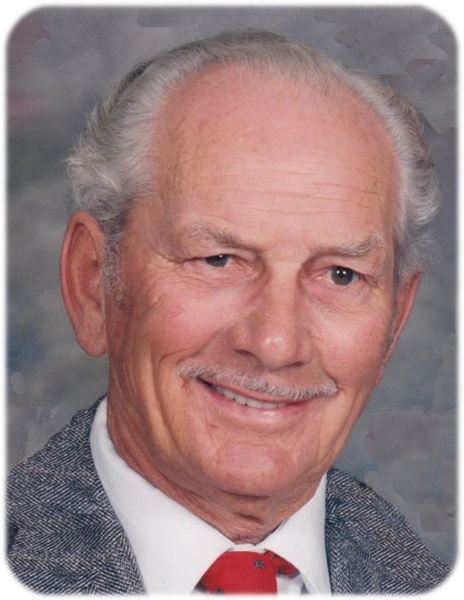 William “Bill” Godeke was born in the Township of Bogus Brook, County of Mille Lacs, State of Minnesota, on February 19, 1925 to Albert and Gladys Godeke. He went home to be with his Lord and Savior March 17, 2019.

He grew up on the family farm with his four brothers and five sisters. In 1940 he moved to Hollandale and worked for the Ravenhorst’s. In 1944 he was inducted into the army and served in Okinawa and the Philippine Islands. He was discharged from the military in 1946. Upon returning home, Bill married his loving wife, Lois Rose Veldman, on August 12, 1948. They celebrated 69 years of marriage to which they had four children.

Bill enjoyed time with his family and friends. Over the years he enjoyed a variety of hobbies including fishing, snowmobiling, hunting, bowling, hiking and golfing; splitting the year spending winters in Arizona and the remainder of their time in Minnesota.

The family of Bill Godeke will have a celebration of his life at a later date. In lieu of flowers, memorials can be given to the Hollandale Christian Schoool or the charity of your choice.

To order memorial trees or send flowers to the family in memory of William "Bill" Godeke, please visit our flower store.