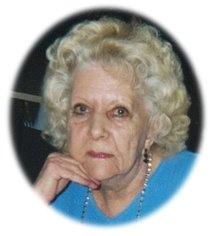 Wilma Bernidine (Bethke) Hutchins was born on June 18, 1925 in Albert Lea, the daughter of William and Laura (Sibilrud) Bethke.  A lifetime resident of Albert Lea, she attended Albert Lea Schools and was a member at Our Saviorâ€™s Lutheran Church and the Eagles Club.  On May 11, 1946, Wilma married Willard Hutchins at First Lutheran Church in Albert Lea.  She was a wonderful homemaker, raising her six children.  Wilma enjoyed bingo, going to different casinos, and going on bus trips with her friends to Branson. Her favorite place was sitting on her porch with her family and going to Edgewater Park for picnics.  Most recently, Wilma was living at Thorne Crest where she made a wonderful friend, Nancy Laite.

To order memorial trees or send flowers to the family in memory of Wilma Bernidine Hutchins, please visit our flower store.