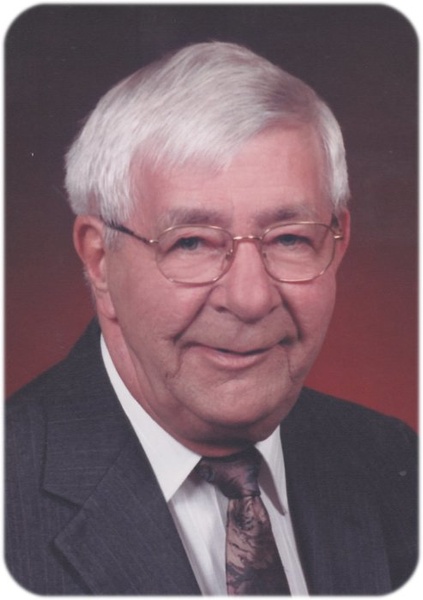 Memorial services for Donald Robert Mathison, age 89, of Albert Lea, will be held at 11:00 a.m. on Friday, April 20, 2018 at First Lutheran Church.  Rev. Sean Forde will officiate. Military Honors will be accorded by local servicemen’s organizations. Interment will be at Hillcrest Cemetery.  Friends may greet the family from 9:00 - 11:00 a.m., prior to the service at the church on Friday.

Donald Robert Mathison was born October 1, 1928 in Albert Lea, the son of Helmer and Florence (Schneider) Mathison.  He graduated from Albert Lea High School in 1947.  Donald served in the U.S. Military, stationed at Ft. Knox, KY for 2 years and Camp McCoy for 14 months during the Korean War.  On August 16, 1953, Donald was united in marriage to Neva Sauer in New Richland.  He worked at Universal Milking Machine, El’s Grocery Store, Albert Lea Electroplating, and Ben’s Floral. Donald was a member of First Lutheran Church where he was president of the congregation and on the Life + Growth and Stewardship Commissions. He was also a member of the Elks, and the American Legion.  He managed the Universal Credit Union, the Freeborn County Tax Association, and was elected to the Albert Lea City Council for 10 years.  Donald volunteered on the St. John’s Board and the Foundation Board, was often an election judge, and worked with Senior Resources.  He enjoyed traveling, golfing, and walking.

Donald was preceded in death by his parents and grandparents; brother, Delane (Merlene) Mathison; sister-in-law, Anne Sauer; and several aunts, uncles, and cousins.

In lieu of flowers, memorials preferred to any First Lutheran Church fund or the Salvation Army.

To order memorial trees or send flowers to the family in memory of Donald Robert Mathison, please visit our flower store.